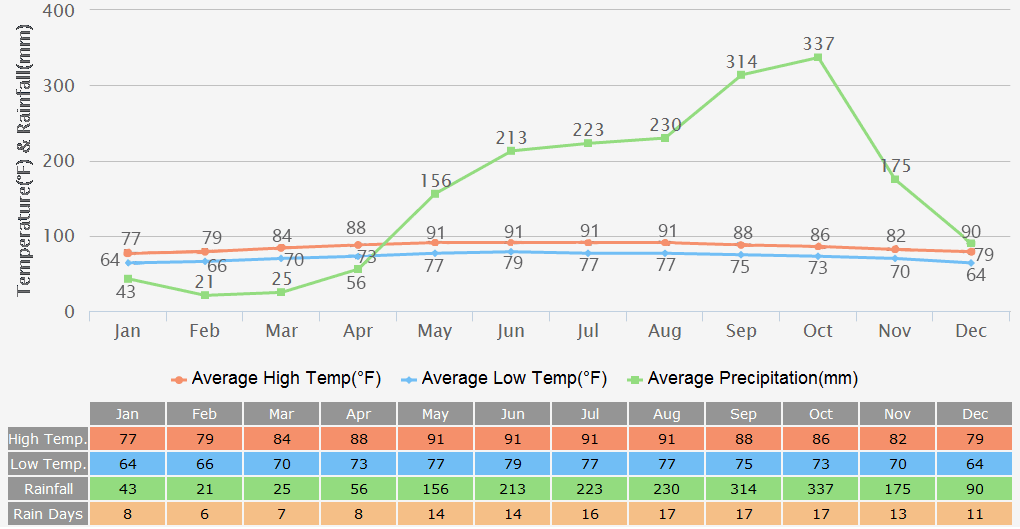 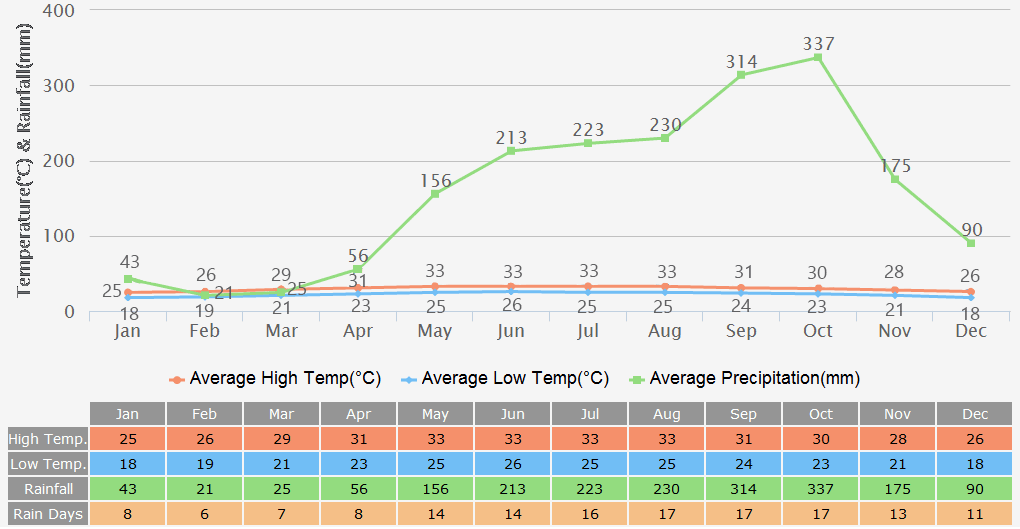 The coastal areas of the central and south part are influenced by the tropical cyclone during the rainy season, which leads to the typhoon occurring from July to September. If you plan to travel in Vietnam then, please check the Vietnam weather forecast in advance and try your best to avoid the typhoon days.