Varanasi, located in North India, has a typical tropical monsoon climate. In general, the weather in Varanasi is hot year round. It has three seasons, summer, monsoon and winter. Winter is not cold but mild with the average temperature for the coldest January being 15℃ (59℉), so this is the peak travel season. The most sweltering months are May and June with the highest temperature reaches 41℃ (105.8℉). The monsoon season is rainy, not suitable for traveling. 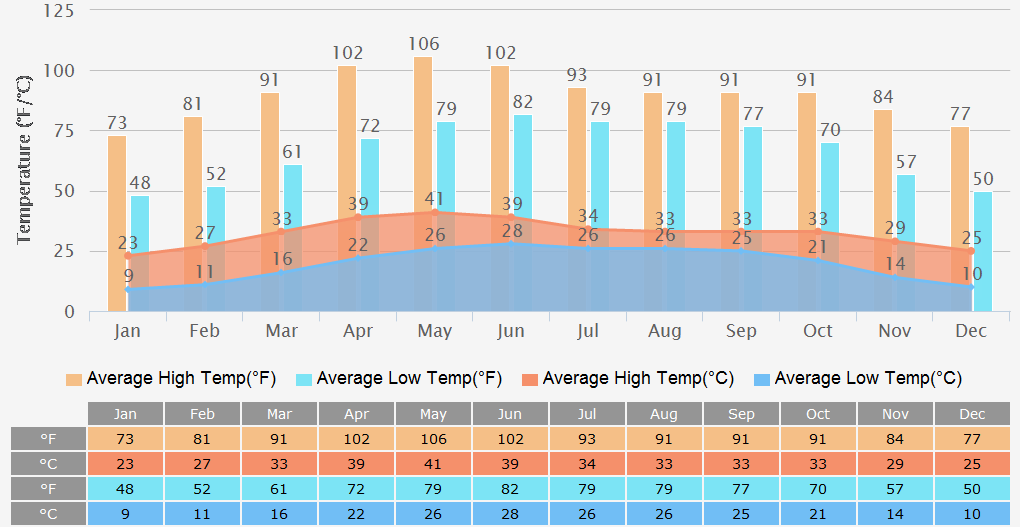 Winter (November to next March)

Winter is the best season to go for a visit. The weather in Varanasi is pretty good. Temperature during the day changes between 24-33℃ (75.2-91.4℉), tourists can wear summer clothes. Smog is common to see in the morning, so bring a mask. In addition, people need to prepare warm clothes like sweater to cope with the humid and cold weather at night. Women can take shawls with them and use them in temples.

Summer (April to June)
Varanasi climate is sweltering in summer as the temperature rises to over 40℃ (104℉). During this period, the sunshine is extremely strong, so it is not recommended to visit Varanasi. Special attention should be paid to sun protection and heatstroke prevention when going out.

Monsoon Season (July to October)
Rainfall is concentrated in the monsoon season. July and August have the maximum monthly rainfall of 296mm (11.7in), leading to flood, landslide and other disasters. If you are going to Varanasi during the monsoon season, make sure that you bring raingear, shorts and sandals.

10 Best Places to Visit in Varanasi